Dive into the DEEP Houston Press 2016

Review by David Groover on The Secondary Colors 2011

Review by Theodore Bale on The Secondary Colors 2011

How Dance Gets Made: Houston Chronicle 2011

Preview on performance in Sweden 2010

Review on The Recycle Club 2009

Review by David Groover on Portbles 2008 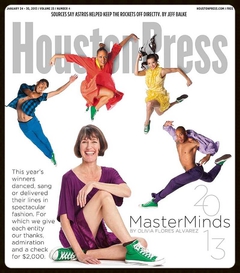