Ghostly images materialize in a film.
Performers appear and disappear behind a three-dimensional screen.
Quirky daily gestures of life lead to a furious folk dance waltz.
Dancers float in a cloud world of colored glass.
Scenes captured in an evening of art, film, dance, and sound.

Photos featured above are from Gallery Constructions 4, 5, & 7.

Photos feature below are from the premiere performance of Gallery Construction.  Photography (below) by Lynn Lane. 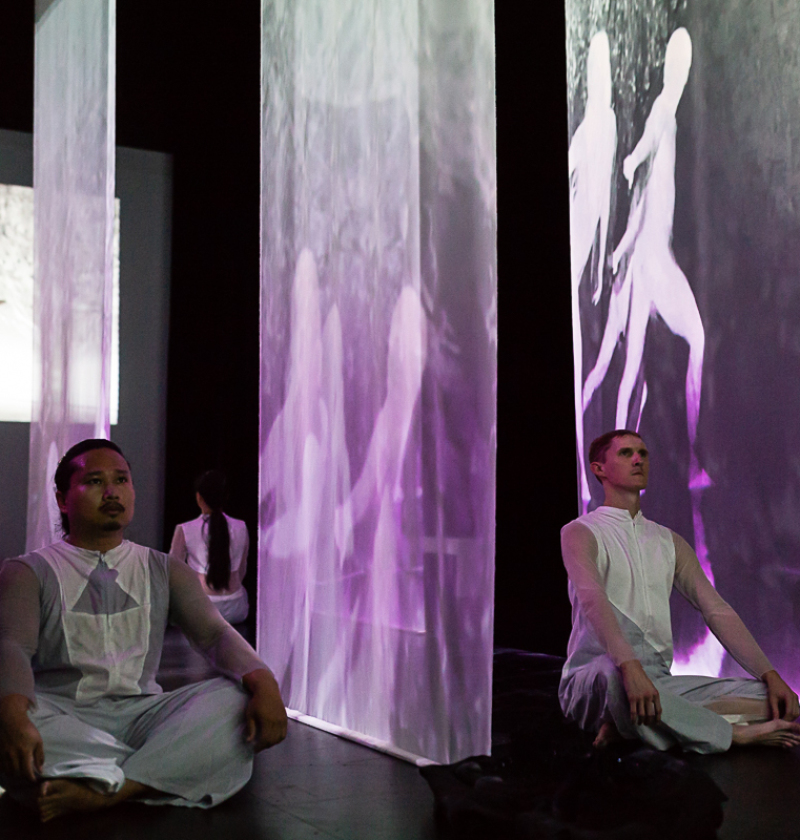